Home > Legal Resources > Tools and Templates > What Is a Letter of Intent?

What Is a Letter of Intent?

A letter of intent (LOI) is a document that lists the terms of a preliminary commitment between two or more parties that desire to engage in business. The LOI is typically drafted and signed before the finalization of a definitive legal agreement and can be legally binding or non-binding depending on the wishes of the parties.

SBA.com® has created a sample LOI which you may download and customize to your liking.

One example where an LOI would be practical is in the merger and acquisitions (M&A) process, where one company plans to acquire another company. An LOI would address the desire and preliminary commitment for Company A to purchase Company B. The LOI would contain the proposed terms of the transaction and possibly a timeline in which the proposed transaction would occur. If Company A and Company B execute the LOI, they would then move onto a more advanced contracting phase which would firm up the commitments and terms of the transaction.

An LOI often facilitates the start of a business deal between the parties involved by establishing the foundational aspects of the deal. This helps get the process started as the parties move towards a full contract. The involved parties can draw out the fundamental terms quickly before they spend time, resources, and money on detailed agreements, due diligence, and/or third-party approvals. This makes an LOI especially useful in transactions that are either very complex or that the parties do not know all of the details about at the start of the transaction.

Some advantages of using an LOI include: 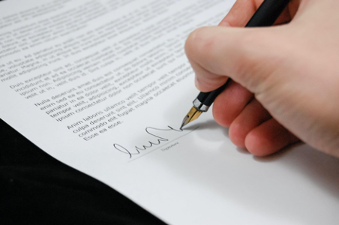 A Letter of Intent facilitates the start of a business deal or project between the parties involved by establishing the foundational aspects of a deal and setting the expectations moving forward. It brings a level of assurance to the involved parties and serves as a roadmap towards the signing of the final deal. While an LOI is typically non-binding, it can provide an opportunity to introduce certain binding clauses, such as certain confidentiality provisions.